Delta Airlines caved to pressure from LGBT activists and will now show unedited gay sex scenes in movies on flights.

Delta has announced that it will show explicit gay and lesbian sex scenes on its in-flight entertainment, thereby exposing young children to this explicit behavior!

Sign this petition to tell Delta that it should immediately reverse this decision and not allow any explicit sex scenes, of any kind, on in-flight entertainment that may be viewed by traveling children! The United Kingdom's first and only Chick-fil-A restaurant is being forced to close stemming from aggressive protests from LGBTQ activists. UPDATE: August 29, 2019 - Today's TeenVogue.com headline story reads: "Having Sex When You Fat: Tips on Positions, Props and Preparations." This article is an irresponsible and incomprehensible attempt to sexualize and exploit the minds of its young teen and tween readers during what should be a protected period of innocence. Stand with parents and concerned citizens across California. Sign our petition against the harmful sex education curricula plaguing California schools and eliminating parents’ right to determine what, when, and where to educate their children about sex. Amazon censored the following titles, among others: 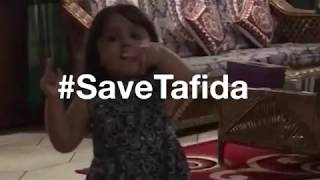 Tafida Raqeeb is a five year old little girl who has been in a deep coma for a few months following a bleed on the brain. Now, UK doctors want to end her life, even though she is not considered brain dead. The doctors will not even allow her parents the freedom to take her to another hospital for treatment. A family in Michigan is being bullies by their local community for practicing and expressing their faith.

The Tollgate Woods HOA demands that the Samona family remove their small statue of the Virgin Mary or face fines or legal action. Once again, Disney is promoting LGBTQ agenda in children’s cartoons. Disney executives took the beloved fairy tale Cinderella in the Muppet Babies show and turned the princess into a male character who puts on a dress, pretending to be a female. No to Gender Ideology and Abortion at #OAS49

Sign the petition against language in the Human Rights Resolution that pushes abortion, the LGBT agenda, and gender ideology. Completely ignoring her unborn child, the woman’s doctors claim that an abortion is in her best interests, despite the fact that the woman herself wants the child. The mother's social worker disagreed with the doctors and the woman's legal team has said there was “no proper evidence” for their claim.